With every decade comes a distinctive style, that stands out as the look for that time period. As with most things, fashion is cyclical, and we tend to see modernizations of traditional styles make their way back around, with inspiration from a decade past becoming a fixture of our modern style. Starting with the 1920s and working our way through the 2010s, we're sharing those distinctive details that epitomize each decade. You'll never look at modern bridal style the same once you've seen the way it has evolved and reinvented old favorites every step of the way!

It’s hard to think of a more iconic decade! One mention of the roaring 20s and suddenly images of feathers, pearls, dancing, and excess all come rushing to mind faster than you can say Gatsby. History books and pop culture have burned a very specific look into our minds, but how did that translate into bridal fashion? Increased access to material goods and communication meant that finding a trendy wedding day look was possible in ways it hadn’t been in the past. After years of cinched waists and demure fashion, the brides of the 1920s opted to break down those sartorial barriers with loose-fitting, drop waist gowns, and glitzy accessories. Gowns, typically made of satin and silk, often were short or had a higher hem in the front (all the better for dancing) with a longer train. Of course, there was no shortage of elaborate beading, scalloping, and lace to add the extra wow factor. Various veils and headpieces were a must for 1920s brides and ranged from cloche hats to headbands, all with long, dramatic lace veils attached.

After years of excess, Depression era brides were faced with finding ways to achieve their wedding day look with a lot less. In the 1930s the starlets of the silver screen were the epitome of everything a bride could want to be. Pulling inspiration from the movies, brides opted for cheaper versions of the custom gowns they saw on screen, with long sleeves, nipped waistlines, and higher necklines. All served to create a sleek, hourglass figure. To cut costs, brides frequently chose to upcycle older gowns or buy dresses that could be dyed after the wedding and worn countless times after. Due to the need to repurpose, many gowns had slightly shorter hemlines, but full-length gowns still had a big role in bridal fashion. Pairing their dresses with glistening tiaras, dramatic hats, and tulle veils, brides of the Depression era still managed to create some truly glamorous wedding day looks.

Kicking off the decade with the world at war had a huge impact on weddings. At the start of the decade, with rationing in full effect, opting for silk gowns was simply not in the cards. Much like nylon, silk could be used for parachutes and other highly valuable war materials. Brides instead went for rayon gowns during this time. The hourglass shape was still preferred, but it became more common for dresses to have shorter hemlines to use less fabric, and wedding suits began to make an appearance. Varying necklines and sleeve styles began to highlight the myriad of options a bride could choose for her wedding day.

One of the most iconic gowns of the decade was that of Queen Elizabeth, as she wed her beloved Prince Philip. While it didn’t particularly fit the bill for stateside brides looking to find ration-friendly looks, Elizabeth did use ration coupons for her dress, and it certainly served to inspire for decades to come.

In a post-WWII world, brides were back to chasing down glamour. Once again, they turned to Hollywood stars for inspiration and sought out high fashion wedding looks. Additionally, royal weddings around the world continued to set the bar high for what a dream wedding could look like. With no need to ration fabric anymore, short and long skirts alike were created with layers upon layers of fabric. At the top of the decade, full skirts and tightly cinched waists were paired most often with a sweetheart neckline and long sleeves. However, as the decade progressed, modern brides wanted removable sleeves so they could ditch the church required modesty by the time the reception rolled around.

As the world was changing rapidly in the 1960s, so too were the bridal trends. Dresses which, in the 1950s tended to hit below the knee, began to rise even higher, sometimes hitting a few inches above! Carrying over from the 1950s, skirts were often still full, but column dresses started to make an appearance as well. By the middle and end of the decade empire waists and A-line or straight shapes were all the rage. As the women of the 1960s began to break down the traditional roles and expectations, their bridal style reflected that. There were bohemian brides with daisies and floral elements, fashion-forward brides with their teased hair, pill-box hats and fluffy, short veils, and mod brides with their short frocks and minimal accessories.

When the 1970s arrived there was a full return to high necklines, empire waists and A-line gowns. All of which were reminiscent of generations past. Fashion's cyclical nature is exceptionally apparent in the style of the 70s. Lace, ruffles, and sheer elements were very popular, especially when used to accentuate billowing sleeves. Pairing a dress with a floppy hat and veil with these more retro styles modernized the look.

More is more seemed to be the only way to go for 1980s brides. Puffy sleeves? Yes! Ruffles? Sure. Bows? Yes, a thousand times, yes. Shoulder Pads? Absolutely. Why pick one trend, when you can have them all on a single gown? Brides of the 1980s went big and bold. Princess Diana’s wedding gown set the stage for the decade when she married Prince Charles in 1981. That iconic gown with its grand silhouette of regal fabric, huge sleeves, and cathedral train would go on to inspire countless brides who would pick and choose combinations of those various elements for their own wedding day looks.

Denis Reggie via The Knot

After the elaborate and over-the-top decade that was the 80s, brides of the 1990s opted to modernize their wedding looks by taking a slimmed-down, minimalistic approach. Of course, glitz and excess weren't gone completely, but there was a bit more variety by way of sleek looks like that of Carolyn Bessette. As BHLDN put it so perfectly, “90s brides were all about the three S’s: sleek, sophisticated, and sultry.” Spaghetti straps were in, but so were off-the-shoulder sleeves and statement headpieces a la Rachel Green on Friends. An ultra-fashionable 1990s bride would choose a sleek gown, with lots of razzle-dazzle brought in by way of accessories like statement tiaras, gloves, and jewelry, bringing in the best of both worlds.

So long straps and sleeves! Ultra fashionable 2000s brides were all about the strapless gown, especially with a good sweetheart neckline. White gowns still stole the show, but by the time we stepped into the 2000s, we saw brides dabbling in color for their wedding gowns in ways they hadn’t before. Partially dyed gowns, sashes and embroidery were often used to bring the wedding color right onto the gown itself.

Royal weddings served as bookends to the decade with Will and Kate kicking it off with a bang and Meghan and Harry closing it out. Since those dresses are so iconic, they inspired and will continue to inspire countless brides, but there were other huge trends throughout the most recent decade. Ruching, ruffles, and keyhole backs were the way to go for the first bit of the decade, and for the last half, the world was every bride's oyster. Perhaps this decade more than ever before though, we saw brides fully embracing their personal style, whether that was boho chic in Rue de Seine, flirty and playful in Hayley Paige, or sexy glamorous in Galia Lahav, The best thing about the 2010s is that while there were certainly big trends, brides really marched to the beat of their own drum, and that's a trend we hope never goes out of style

As we make our way through what we all hope will be our generation's Roaring 20s, consider taking inspiration from the women and brides in decades past to pull together a look that's unique to you and your style. Whether that's a tea-length Audrey Hepburn inspired dress, or a regal ballgown fit for royalty, the past can serve as a great foundation for your own modern bridal look.

The Tradition of NOT Seeing the Bride Before the Ceremony can be found here.

Why Is the Wedding Ring Worn on the Left Hand can be found here. 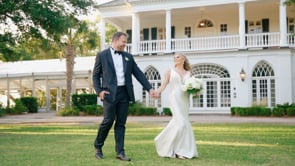 How To Apply for A Marriage License